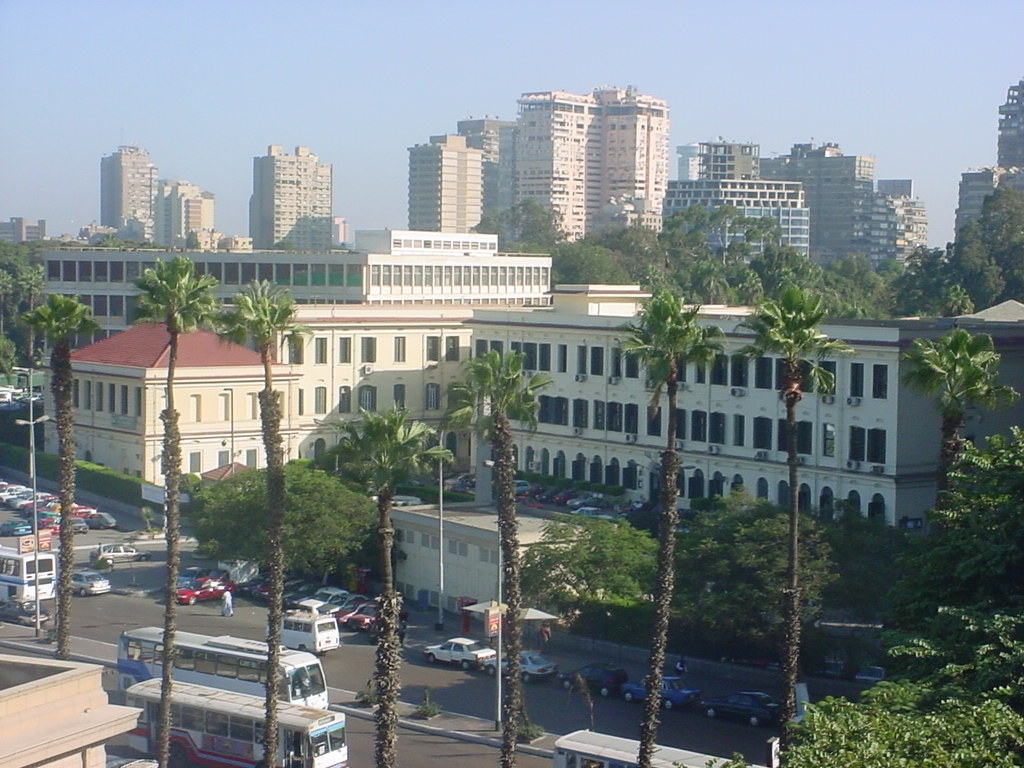 THE CONCEPT OF DYNAMISM AND MOVEMENT IN ARCHITECTURE

The research addresses the concept of dynamism and movement in architecture; also the role of time, the human's eye, and perception to classify it “latent or movement”. In addition, analyzing international projects about the thought of dynamism, and employing the vocabulary of the formation. Because of the thought of some architects in the static of the building, which gives the feeling of boredom. In addition, fixed forms are no longer able to meet the needs of users, especially with the increasing of climatic changes and advanced activities. Besides, the misconception that dynamism is only to move the building without looking for the architectural thought behind it, which depend on definite rules and the designer's experience and practice. Therefore, the aim of the research is to guide and employ the concept of dynamism in design, what governs it from the architectural thought to be interactive dynamic buildings by concluding and formulating a methodology to link and reconcile among opportunities of movement, technology “systems – materials”, the required performance, and the factors affecting. Moreover, determining any types of movement more properly and suitable for the nature of the project to root the concept of dynamism, and to give the building an architectural character.

Siwa Oasis has a unique vernacular architecture, built with walls of an earth martial called (Kerchief), and roofs of palm tree trunks. The uniqueness of Siwa’s cultural heritage is accentuated by its natural heritage. However, modernization reached this exotic place. Concrete and multi-story buildings started to appear changing the original vernacular atmosphere, and local residents started to adopt new building technologies to suit a modern lifestyle, threatening the integrity of the cultural heritage. Vernacular Kerchief buildings are known to be cooler than conventional modern concrete; specially in hot daytime, but Kerchief walls are extremely vulnerable to water (scarce rain destroys the buildings and sanitary water used inside threatens the safety of the bearing walls). But, locals often prefer the modern (hot) buildings to the traditional cool yet vulnerable buildings. This paper aims at analyzing the thermal behavior of vernacular Kerchief buildings, compared to modern buildings, to define what exactly makes them perform better thermally (the material, the mass or the design). Simulation of ten parameters and combinations of a model building in Siwa was conducted, using EnergyPlus and Design Builder software to determine the parameters that affect thermal comfort.

Cairo’s Downtown cinemas were once masterpieces of architecture, screening golden age movies plus witnessing important events. Nowadays, few are still working, while many are ready to be demolished. The best conservation for historic buildings is managing change caused by time. One way to make this happen is smart engaging reuse, thus continue to retain value to current and future generations. Local government and private companies have tried to resuscitate Cairo’s silver screens. This revitalization started with simple face lifting, then developed to rebranding with creative re-use introducing new functions. A key to this creative re-use is across disciplines; new forms of art, music, and media performances. This paper aims to explore four re-use performances bringing the insight of art and media into the field of heritage management. First, “Nassim El Raqs” organized “When dance meets heritage” in Theatre Cinema Eldorado. Second, Radio Theatre re-used to host liveshows; “Al-Bernameg” and “AblaFahita”. Third, Zawya - located in cinema Odeon - launched as the first art-house cinema in Egypt. Last, Teatro Independent Theatre opened their interactive performance “The Metamorphosis” at cinema Elkahira. This paper ends with a framework for rebranding cinemas; comprises both the challenges facing the re-use and proposing community-oriented marketing strategy.

IDENTIFICATION OF POTENTIALS AND BARRIERS OF PUBLICPRIVATE PARTNERSHIP PROJECTS IN EGYPT

Egypt is facing a huge financial problem reflected on the difficulty of funding public projects either in construction and infrastructure sectors. One of the approaches for such problem is to work cooperatively with private sectors in the form of PublicPrivate Partnership Projects (PPP). This approach, however, is facing a number of challenges. This paper, thus, aims at providing a factor analysis for the establishment of PPP in Egypt through extracting lessons learned in other countries. A literature review has been done to analyze existing factors, followed by a qualitative study of case studies. Finally, a survey questionnaire was conducted on a purposeful sample of 55 stakeholders, either from private or public sectors in order to prioritize and verify factors affecting the success or failure of PPP projects in terms of their severity and impact in Egypt. Results of this paper indicated that bureaucracy, corruption, poor enabling policies and inefficient feasibility studies are among the major barriers that face PPP in Egypt, whereas achieving a reliable contractual structure and political support are the main potentials. Findings of this paper are valuable to stakeholders, decision makers and policy makers in Egypt, as it could guide their thinking towards achieving successful PPP Projects.

A FRAMEWORK FOR NEW ARCHITECTURAL ADDITIONS TO HERITAGE BUILDINGS

As time passes, the heritage buildings need rehabilitation to meet the needs of current and future generations, while respecting its heritage value. Due to the physical, functional and/ or economic reasons, heritage buildings require architectural additions while adapting them to the contemporary conditions. For this reason, that the research seeks to establish a framework for using new additions to heritage buildings, therefore these additions should be compatible for achieving a harmony with use, construction, appearance of the original building. To achieve our aim, the study divided into two parts, the principles and considerations of conservation for heritage buildings in addition to design strategies for architectural additions and their types in terms of use, construction and appearance have been included in a theoretical study. Following the theoretical an analytical inductive approach has been adopted to analyze the levels of the new additions to heritage building by examining the selected examples that linking different addition types of mass transformation. Same examples have been analytically measured by the opinion of audiences through filling a survey to show the acceptance ratios according to the levels of addition to the original building.

Our earth is a living body that has energy veins flowing all over, just like the human body where blood flows from and to the heart. These natural earth energies are as old as the earth existence and interact with everything on its surface. They were believed to have either a healing effect in “Power Spots” or a stressful effect in “Geopathic Stress Zones” that can change the normal functioning of human beings and damage their health. Thousands of years ago, these energies’ effects were considered during designing the built environment. This no longer takes place although recent research discovered that the urban ambiance is badly affected by electromagnetic radiation from different sources. Moreover, one of the main objectives of urban design is bringing to the user a sense of wellbeing and emotional satisfaction. The paper argues that respecting the natural earth energies during the design process will affect the wellbeing of the users. Consequently, the paper undergoes an exploratory process through a survey in Al-Sultan Hassan mosque using observations and a structured questionnaire to investigate this relationship. The survey confirmed that following the earth energy grids in the design affects the visitors positively and enhances their abilities and wellbeing.

TOWARDS A SUSTAINABLE CITY: BROWNFIELDS AS A POTENTIAL FOR URBAN DEVELOPMENT

A brownfield site refers to an abandoned and contaminated industrial land that has different levels of dangerous wastes and pollutants. That is why these sites may have many negative impacts on communities and human health, and their development presents a potential for local communities to upgrade. This paper develops a theoretical model for brownfield’s sustainable urban development. It uses both theoretical findings and already developed examples to extract this theoretical framework. It highlights the success of redevelopment interventions as a result of balanced achievements on all of the sustainability three main axes (environmental, economical, and social). The developed theoretical model is used to analyze the International Park project, a new urban development in Alexandria, Egypt that replaced a brownfield, which was a garbage dump. The analytical study findings assure the close linkage between the three aspects of sustainable development and the necessity of their fulfillment as a guarantee to the success of brownfields redevelopment process. It shows that the absence of one of these aspects during the development process could break the sustainability circle.

Urban open spaces have an essential role in business park design. This is because urban spaces not only affect the indoor thermal comfort of the surrounding buildings but also influence the outdoor activities of the users. This paper investigates urban open space design and its influence on outdoor thermal comfort. In this paper, a bioclimatic design tool is presented that has been developed for urban open space design in hot arid climates. This bioclimatic tool can provide guidance to the design of urban space attributes such as urban patterns, geometric parameters, paving materials, and vegetation percentage. The objective of this paper is to enhance the users' sense of outdoor thermal comfort. This will be achieved by applying the bioclimatic design tool that accounts for the effects of space parameters on the microclimate elements. The proposed bioclimatic design tool is evaluated based on two existing business parks in Egypt. The simulation results demonstrate the effectiveness of the proposed tool.